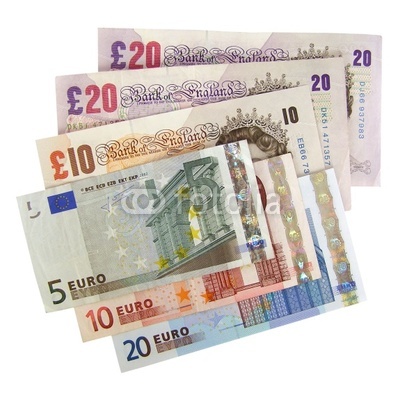 Euro and Pound are two of the most popular currencies in the world today. Euro is used in European Union countries such as Germany, France, Italy, Spain, Greece, Belgium, Holland and Ireland. On the other hand, Pound is the currency used in Great Britain. Although Pound is also used in other countries such as Lebanon, Sudan, Egypt and Syria, the currency originally belongs to England or the United Kingdom.

Euro and Pound, due to their origins, have different values and are circulated globally.  In addition to difference in origins of both the currencies, the exchange rate of Pound and Euro is the thing that makes people trade them in the money market. Symbols used for both the currencies are entirely different and can be spotted easily.

The abbreviation for Euro and Pound are different also, with EUR denoting Euro and GBP denoting Pound Sterling.