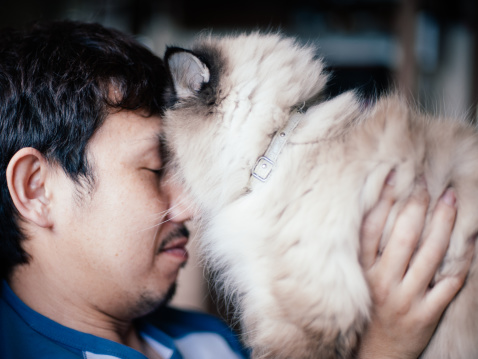 Do you love cats? Most people do, thus keep them as pets in their houses. They are very friendly and don’t harm anyone at all. They are better than dogs, as they don’t make much noise and you don’t need to take them for a walk regularly.

However, there are numerous kinds of cats all across the globe and one should know the difference between them. Whenever you go to a pet shop, you should first do some research related to your pet, so that you don’t get confused.

Two of the most famous cat types are the Persian and Himalayan, who are equally loving and can be kept at home as pets. However, there are some differences between them, which you should know before keeping anyone of them.

The Persian cats are known to be clever compared to all other kinds of their species. So, they are the best, when it comes to learning something. Although they are not good as dogs, yet they pick up things quite quickly and will behave better than most of the other cats.

On the other hand, the Himalayan cats are not known to be much clever and they require time to be tamed. However, they don’t harm you at all, so you can keep them if you like them more.

Looking at the history of both the Persian and Himalayan cats, the former of the two are one of the oldest of their kind. They originated from ancient Persia and can be found in different ancient drawings too.

Compared to them, the Himalayan cats don’t have a much interesting history. Their breed started from the 20th century through crossbreeding of the Persian and Siamese cats.

Coming to the appearance of the Persian cats, you cannot easily recognise them, as they come in various forms. They can be in short or long hair, so it is quite difficult to tell whether then cat is from the ancient Persian breed or not.

On the other hand, the Himalayan cats only come in long hair, so you can identify them relatively easily.

The nostrils of a Persian cat can be found well below the eyes whereas the Himalayans have their nostrils between their eyes.

The Persian cats come in different colours whereas the Himalayans don’t have much variety in this area.

Moreover, the eye colour of Persian cats can be different from one another, but the Himalayans mostly have blue eyes.