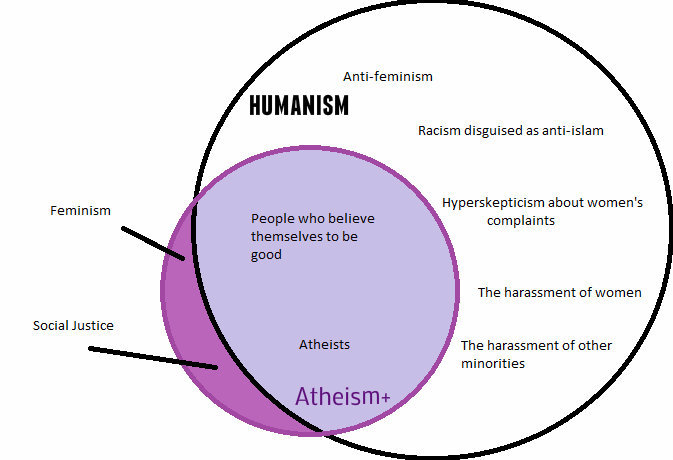 People all over the world follow different religions and have their own way of living their lives. Some of them believe that there is only one God, who is the Creator of the universe and is responsible for everything.

On the other hand, few people believe that there are various gods, who are responsible for different things. This argument about the oneness of the Almighty has been there for centuries, but there are a few other beliefs too such as Atheism and Humanism.

Most of you would think that these two words are synonyms, but they are not similar in reality. In fact, there are some clear differences, which separate the people of both these beliefs.

The basic belief of an atheist is that there is no such thing as God. They don’t believe in anything such as life after death and the day of judgement. According to them, everything in our universe came into being accidentally and there is no one controlling whatever has happened since the creation of everything.

On the other hand, the humanists have an almost similar theory, but they do believe in nature. Some of them can be called Atheists, but most of them have different views altogether.

Whenever you meet an atheist, you will notice that he/she will be a bit strident when it comes to his/her beliefs. There might be a few exceptions, but most of them react in the same way.

Compared to them, the humanists are polite and don’t really get harsh with anyone over an argument. They avoid any debate on religious issues, so most of them don’t even get noticed at all.

Atheists are generally very stern in their assertion and will try convincing you that there is no God through logical arguments. On the other hand, the humanists will accept whatever beliefs you have.

Moreover, the atheist groups are more organised compared to the humanists, as they have their communities and meeting rooms, where they discuss how to convince others in believing that there is no God.

Most of the humanists say that they have a religion, which makes them different from the atheists. There are some who don’t have such a label, so they can be put in the category of atheism.