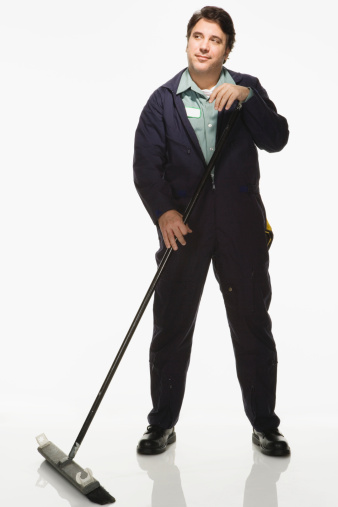 English language is vast and tends to appear a bit complex at times. It is due to this vastness and complexity that a lot of people fail to get a complete grasp on it and end up making mistakes without even being conscious about it.  Even though majority of the mistakes are related to the pronunciation of the different words, plenty of mistakes are also made in the usage of words that constitute the English language.

Janitor and custodian are a perfect example of how people end up mixing words up in the English language and consequently use them incorrectly.

The two words have been there in the English language since as long as one can remember and yet people still struggle to see the difference between them.

In order to remove this confusion, the first thing that people need to do is to understand what janitor and custodian are two completely different words with different meanings. The former relates to a person who has been entrusted with cleaning jobs, whereas the latter relates to a person who is made in charge of looking after a property or a child.

Over the years, the definitions of janitor and custodian have gotten somewhat blurred and therefore led to the confusion that both the words are actually one and the same. This is because a janitor has beginning to undertake additional responsibilities. Instead of his task being simply limited to the cleaning jobs, he is seen taking care of the building and basically taking on the role of a custodian.

There are still a few other factors that clearly set a janitor apart from a custodian such as the amount of time the two spend in the building or the role that they typically perform.

Unlike a custodian, who stays on the property that he is given the responsibility of looking after, a janitor typically visits the property to take care of the cleaning jobs.

When one thinks about a janitor, the first thing that comes into one’s mind is a person that is cleaning toilets, mopping the floor, etc. On the other hand, the word custodian evokes images of a person who is looking after the security and maintenance of a building.