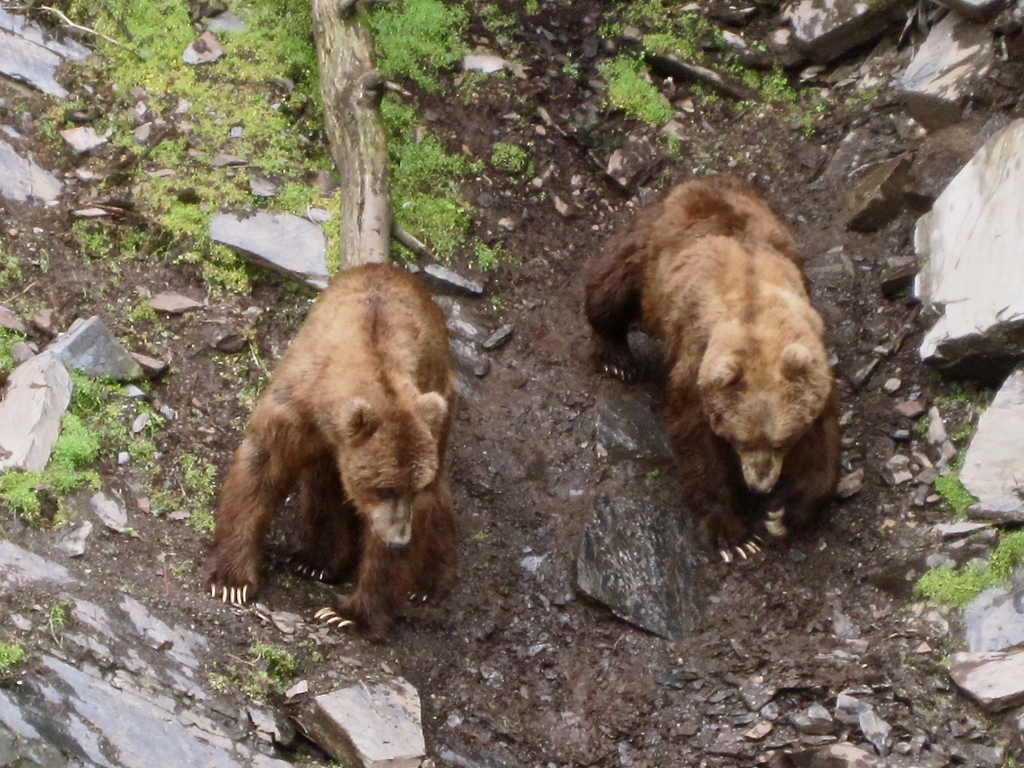 Finding differences between the Kodiak and Grizzly bear is not an easy task as they look quite similar to each other. Other than their physical appearance, they have quite a few common characteristics. However, an in depth analysis of the two creatures will help you learn dissimilarities between them.

First of all, both these animals belong to the same species known as Ursus arctos. They are actually a subspecies of the brown bear. Moreover, they are found in North America and many people believe that they are similar to each other.

Despite sharing the same habitat and class, you can easily detect the disparities between these two kinds of bears. You can see some physical differences with the naked eye but the main ones are behavioural.

Looking at the size of both bears, one can clearly tell that the Kodiaks are larger than the Grizzlies. The former of the two can weigh up to 700 kilograms, which shows that they are quite heavy. However, the female ranges around 225 to 315 kilograms, which is quite less compared to the male Kodiaks.

On the other hand, the adult male Grizzly can weigh up to 360 kilograms whereas the female ranges between 130 to 200 kilograms. Therefore, you can easily tell by the appearance of the bear whether it belongs to the Grizzly or Kodiak family.

Another important characteristic, which separates these two bears from each other, is that Grizzlies have a larger population size. They are found in territories, ranging more than 4000 square kilometres.

Although the reproduction rate is slow in both these subspecies of brown bear, Kodiaks reproduce even slower than Grizzlies. Therefore, the latter of the two have a larger population in comparison.

Another way of identifying a Grizzly is by looking at its body structure, which is quite different compared to any other kind of bear. They have a clear hump on their shoulders, which is not seen in any other type of bear. Moreover, the face is shaped like a dish and you can clearly notice a depression between the nose and the eyes of a Grizzly bear.