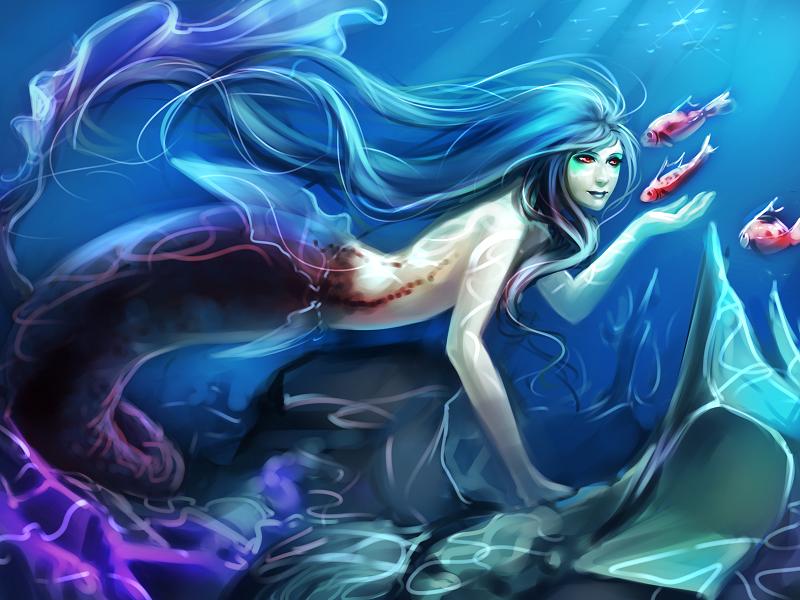 People, especially children, commonly find themselves confused on the matter of mermaid and siren, failing to distinguish between the two and consequently taking them both to be one and the same. However, a little research on the matter reveals the two imaginary creatures to be significantly different.

One of the primary differences between a mermaid and a siren is that the former has the upper body of a woman and a lower body of a fish, whereas the latter has the head of a woman, while the rest of the body is that of a bird. This difference is so apparent that it leaves behind very little confusion.

Another thing that sets mermaids apart from sirens is that while the former are often mentioned in the stories and folklore of different cultures and civilisations, whereas the mention of sirens is limited to Greek mythology.

Mermaids are typically portrayed as benevolent and gentle creatures, who show a lot of compassion towards men that are sailing through the sea or sitting on the shores. Sirens, on the other hand, are normally shown as having evil intentions, harbouring a desire and showing intent to harm the men at sea.

Both mermaids and sirens are portrayed in different light because of their personality and the actions that are heavily influenced by their personalities. Since mermaids are gentle and benevolent, they are always willing to help the humans in distress. This compassionate behaviour of mermaids towards humans has led to a number of stories in which the mermaid ends up falling in love with a man. Sirens, on the other hand, show their evil intent by singing songs that mesmerise sailors and cause them to drown. In some cases, sirens mesmerise sailors with their songs and then keep the men with them forever. It is not clear if they simply live with them or feast on them.