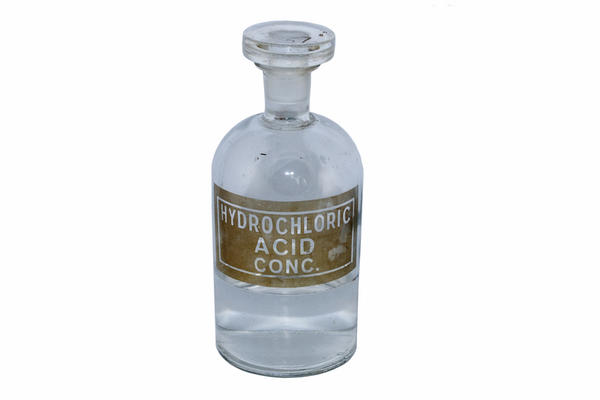 An acid is a chemical compound that reacts with a base to produce salt and water. Acid is defined as a chemical substance that donates a proton (H+ ion) in an aqueous solution. All acids have a sour taste; vinegar and lemon juice are the most common acids used in daily life. Acids can be divided into two groups on the basis of their ability to produce protons when dissolved in water; strong acids and weak acids. Strong acids are the one that completely ionize in water to produce protons. Weak acids, on the other hand, partially dissociate in water and produce fewer amounts of H+ ions.