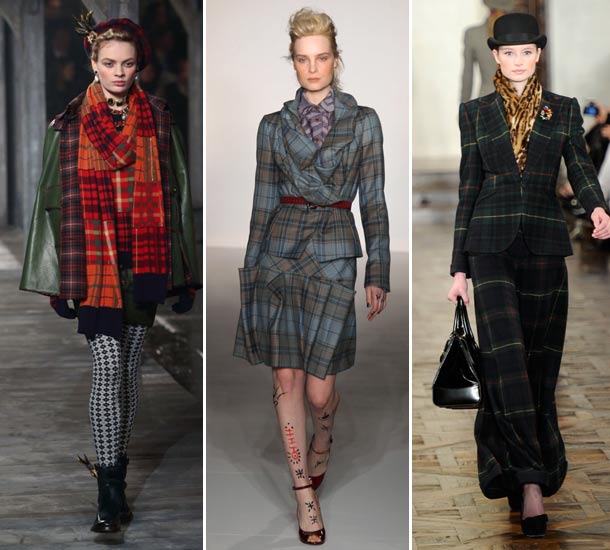 There are many types of fabrics which have a long historical background and are still associated to certain people or ancient clans. Most famous of such fabrics are tartans and plaids. These two types of fabrics are linked to the Scottish clans of medieval period but are still used as traditional clothing. Tartans and plaids have become interchangeable these days but there are certain differences which distinguish them from one another. Normally, plaids are considered the blankets or specific cloaks which Scottish people wear as kilts, whilst tartans is said to be a Scottish family clan.

Tartan is a pattern of criss-cross horizontal and vertical bands of multiple colours, originally being woven from wool but is available in many other materials these days. Different coloured yarns are woven with alternating stripes, which make blocks and they are repeated in vertical, as well as horizontal, pattern. Tartan is purely associated to Scotland and almost all Scottish kilts have this pattern.

Plaid has pretty much same pattern of tartan but it is considered as a US/English fabric, woven vertically and horizontally from dyed stripes. Plaids have more variety in designs and can be unevenly printed as well.