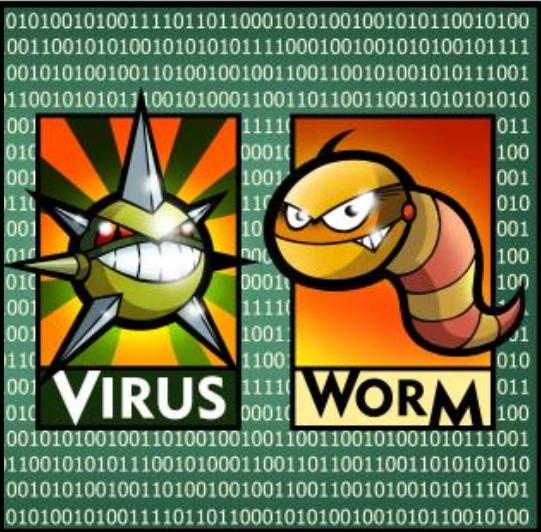 The terms virus and worm belong to the same family, and not a single user want these two to be present in their computer systems. A computer virus is basically an infection, which attaches itself to a file in computer, and travels from one computer to another with the particular file.

Usually, virus makers attach the virus with any application and make it available for download on the internet. When a person downloads it, the virus starts spreading automatically in the computer, without user’s permission. On the other hand, worm is also regarded as similar in design to virus, and is basically a sub-category of virus.

Viruses spread slowly compared to worms. Virus spread with a uniform speed as defined in their programming. On the contrary, worm does not have a particular speed, when it comes to spreading in the computer.