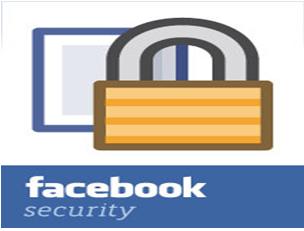 In a recent layer of password leaks, the social networking giant Facebook has decided to educate its users on security issues so that they can make their accounts safe and secure from being hacked.

Facebook has begun adding a link at the top of users’ desktop newsfeed while asking to “Stay in control of your account by following these simple security tips.” When a user clicks this link, it will take him to the Facebook Security page where users are guided on identifying a scam and opt for a password which cannot be easily hacked. In addition, users are also asked to give their personal mobile phone number so that a new password will be sent on their numbers in case it is hacked.

By keeping the members’ phone number, it will help Facebook to instantly annihilate hacked passwords and send them a new password through a text message. This will eventually save time of the users instead of waiting for an email to reset their passwords.

According to reliable reports, Facebook will likely spread this message to all desktop users in the coming days. However, many people are currently seeing this message. The company had already taken this step even before the recent leak of high-profile passwords at LinkedIn and eHarmony.

LinkedIn confirmed last week that it is dealing with a backlash from users after a security breach ended up with hackers publishing nearly 6.5 million passwords. On the same day, eHarmony, a dating site, revealed that more than 1.5 million passwords have been hacked.

People are so much dependent on Facebook that if they lose the password to their accounts, they will start considering themselves as socially outcasted. However, Facebook has been working for a longtime to reclaim lost accounts through different ways, such as spotting friends in images and answering a few questions.