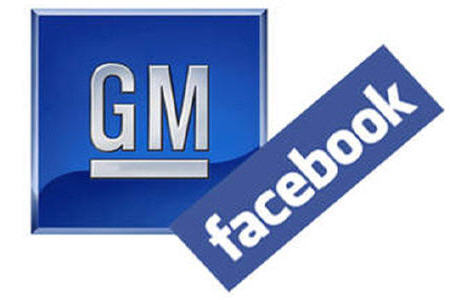 Facebook and General Motors are discussing to bring a potential return of the car maker as a paid advertiser on the social media after a high profile falling out.

In May, GM said it would not spend money on advertisements on social media and networking sites. In many regards, Facebook cannot afford the loss of the third-largest U.S. advertiser, especially at a time when its IPO received bad press after large drop in prices.

According to GM’s Global Marketing Chief Joel Ewanick, paid advertisements on Facebook did not actually help in making even a little difference on car purchase patterns in consumers.

The company spent $10 million on Facebook advertising in 2011, accentuating at that time that it would use its official Facebook pages to market some of its products.

According to reliable sources, the senior executives of both companies are in final round of talks. The recently appointed Chief Operating Officer of Facebook, Sheryl Sandberg, and Daniel Akerson, the Chief Executive at General Motors, are close to a potential new ad deal which will benefit both the companies.

A representative from GM, Greg Martin, has confirmed that the company is discussing various options with the social networking company. He refused to disclose any specific details about the deal, but GM is reportedly requesting more comprehensive data on Facebook’s visitors and advertising success rates.

GM says both the companies are still in talks and it will certainly take some time to come to any agreement. On the other hand, Facebook hasn’t commented on the situation yet.

However, if the talks between Facebook and GM become successful, it would eventually entice investors towards the concept of paid advertising and send a positive message to big organizations. It will also demonstrate that social media marketing can stand side by side as traditional advertising and other media strategies.


Posted by johnross in Social Media