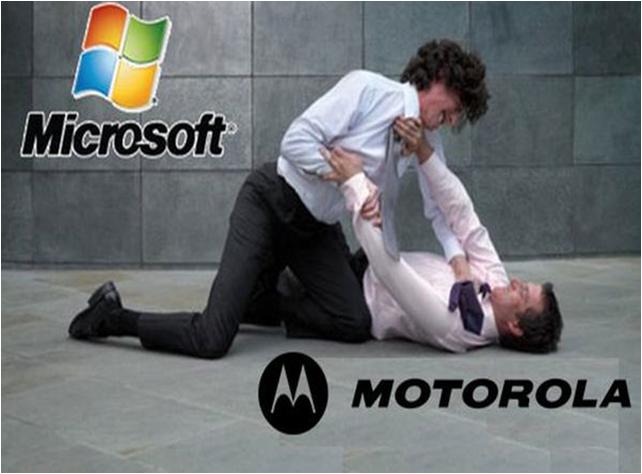 Motorola’s Android based devices infringing Microsoft patents have been banned in Germany.

A Mannheim judge said in a ruling that Motorola’s product infringes a patent Microsoft holds, and eventually banned its products in Germany.

All those devices including Motorola Atrix, the Droid Razr Maxx and the Droid Razr that are using FAT (File Allocation Table) used for internal storage are to be immediately detached from stores and other sales channels in Germany.

“If Microsoft wants to execute the decision now, they will have to pay a security deposit which is between 10 and 30 million euro,” Joachim Bock, spokesman for the Mannheim court said.

Motorola was found to violate Microsoft’s FAT patent, a patent that is used for a “common name space for long and short filenames.” The technology is owned by Microsoft which enables users to easily label and locate media files while using the FAT storage system.

“Today’s decision, which follows similar rulings in the U.S. and Germany, is further proof that Motorola Mobility is broadly infringing Microsoft’s intellectual property,” Microsoft said in a statement.

The company said it will continue to take legal action against Motorola Mobility products until it takes a license to Microsoft’s patented inventions just like other Android device makers did.

Microsoft has already made an agreement for Android with different companies including HTC and Samsung Electronics, according to which these companies are creating a revenue stream from patents. But a license deal was not signed by Motorola Mobility.

Motorola hasn’t commented on the court’s ruling, but is likely to appeal the decision.


Posted by johnross in Electronics & Gadgets