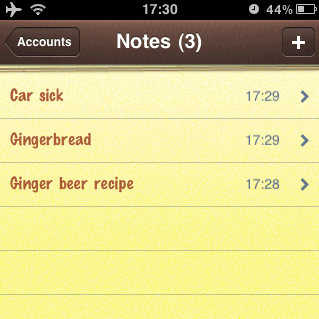 More than often, people tend to forget what they were intending to do, or what they had planned on doing.

This includes people forgetting things when going shopping, generally planning out their schedule, or anything along those lines.

In order to aid these users, the people at Apple have gone on to include the ‘notes’ application in their IOS, making it available to everyone who owns an iPhone.

The ‘notes’ app allows to make notes on the go so that you don’t have to remember long lists of things, since they are available to you at your finger tips, and will always be there even if your forget after you put them.

However, the app despite being rather simple, often leads to people being confused and more than often users tend to forget how to add a new note.


Posted by diego-sanchez in Mobile Phones