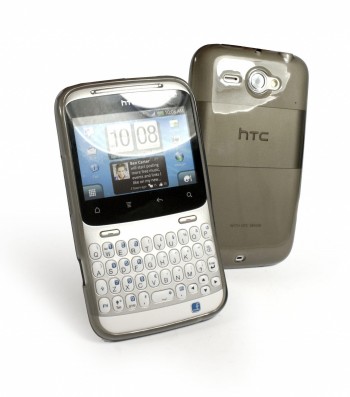 Founded in 1997, the HTC Corporation is well known when it comes to smart-phones. Initially, their smart-phones mainly ran on Microsoft’s Windows Mobile OS but as Android took hold, they diversified and ventured into Android based devices. The ChaCha is one of HTC’s medium to low range Android efforts. The device supports 2G and 3G networks, and was announced in February of 2011. Housing a 2.6 inch capacitive touchscreen alongside a physical QWERTY keyboard, the phone is aimed mainly at the younger crowd, especially given its dedicated Facebook button. The ChaCha comes with Gingerbread pre-installed (Android 2.3) and an 800 MHz processor. It also sports 5MP rear and VGA front cameras. Like it is with any device, protection is important, and given the bevy of cases available, one can easily pick and choose accessories.