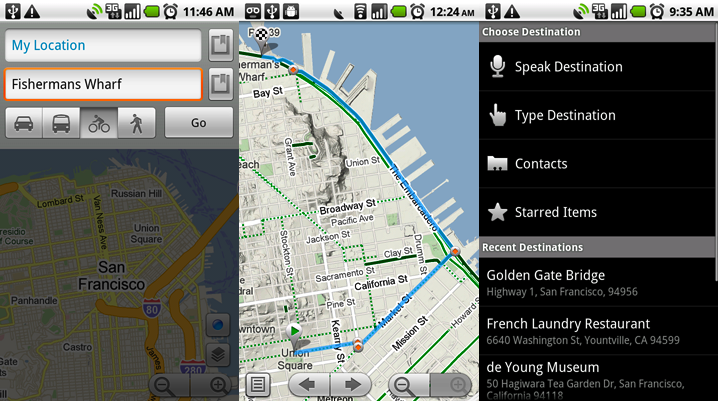 One of the most useful features in a smart-phone is the ability to use digital maps and navigation aids. Nearly all smart-phones today come with built-in navigation apps, which can be supplemented by 3rd party tools. If you have an Android based phone however, you are in luck, because the operating system’s developer, Google, also happens to have the world’s leading mapping service, Google Maps. This app is pre-installed in nearly every Android based phone and provides high-resolution satellite imagery along with street maps and navigation (currently in beta and not available in all countries). If you own a high-end Android phone, you can benefit from a built-in GPS receiver, which uses satellites to determine your location, supplementing the mapping app. However, even if your phone does not have a GPS receiver, Google Maps will use information from your cellular and nearby Wi-Fi networks to triangulate your position, though not as accurately.