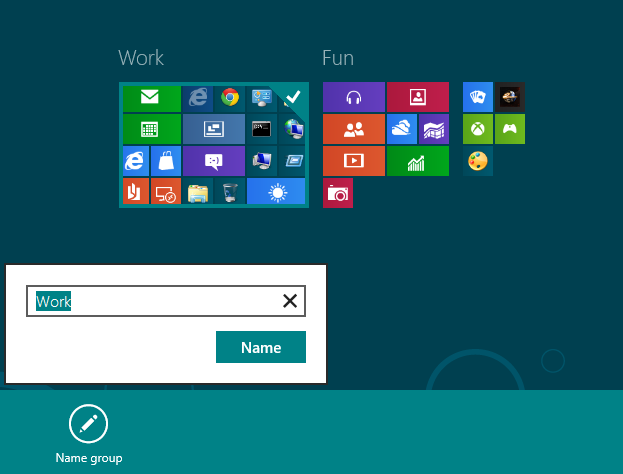 In the older version you would create folders on the start Menu, but in the Metro Style Start Screen the method is different.

So, in order to get the knack of the exact procedure, follow the steps given and name groups of apps on the Windows 8 Metro Start Screen.