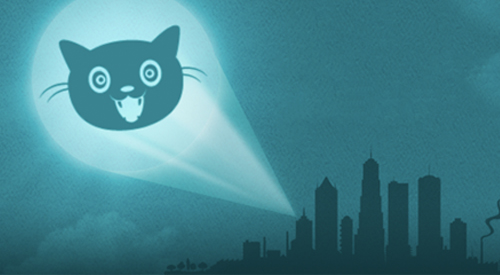 Back in January, many websites including Wikipedia went black to protest against anti-piracy law made by the US Congress. These websites were greeted with a blackened screen with a message exuding them to “imagine a world without free knowledge”. However there were several opponents of the bill, who stated this bill amounted to Internet censorship. Although, the bill has many heavyweight supporters in the Congress but as web protests went viral, many of them withdraw their support.

Now, all the protestors against the bill have made a strong alliance to formulate a strategy against any measure believed to threaten online freedom. This alliance is relating itself to the Internet’s “bat signal”.

The alliance named itself as Internet Defense League, which was lately formed by the nonprofit Fight for the Future. Tiffany Cheng acts as a co-founder of Fight for the Future. He included different web companies and activists in the league along with Alexis Ohanian, who is running a social news site Reddit.

The Internet Defense League recently launched a website with a home page displaying “make sure the Internet never loses Ever”. It also includes, “Together, our websites and personal networks can mobilize the planet to defend the Internet from bad laws and monopolies.”

“Think of it like the Internet’s Emergency Broadcast System, or its bat signal,” its main page says.

According to Cheng, its official launch is expected in two weeks. The main idea behind the Internet Defense League is to ensure Internet freedom and stand against any bill that hinders its freedom.

Besides that Fight for the Future developed a code that allowed web companies to display some real opposition to SOPA and PIPA on their main pages.  Because of the anti-piracy bills, there was an extensive censorship of legitimate content and many websites were blocked for a day.

In addition to that, Internet Defense League’s member is provided with the similar tool made by Fight for the Future, Cheng said. In case they see any sort of legislation that is harming their rights, the alliance will become attentive and actively alert its network through emails. The members then demonstrate action messages on their main pages or social networking profiles in just one click.

Embeded contact forms can also be obtainable on their websites, so that the league’s members can write to members of Congress to resist such kind of legislations.

“Now we can deploy that kind of power and reach at a moment’s notice,” Cheng said.