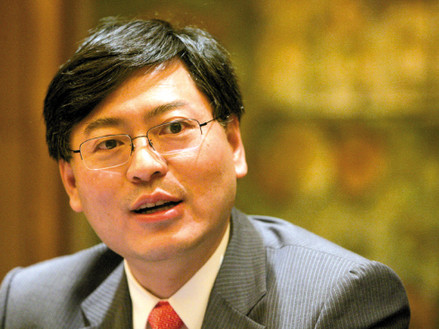 In a highly competitive tech industry where every CEO of major tech firm is emphasizing on cost cutting and downsizing, Lenovo CEO did something different as compared to his CEO counterparts.

The company’s chief executive, Yang Yuanqing showed a gesture of generosity by giving a majority of his annual bonus – approximately $3 million – to thousands of lower level workers in the factory.

The beneficiaries included a number of positions like receptionists, call center assistants and production-line workers. Every worker will be rewarded with a bonus amount of about 2,000 yuan which is equivalent to $314. This amount is slightly less than a monthly salary for many workers working in the factory. However, the average income of a worker in a production line department is about 1,500-2,200 yuan, which means that these workers got a one month bonus from the CEO.

The employees were informed about this news at the end of June through an email. The $3 million bonus, which was distributed among the employees, was given to the CEO Yuanqing as a reward for achieving the company’s target and ultimately making it more profitable.

According to the company’s stats in the month of May, Lenovo sales have been increased to around 37 percent – nearly $30 billion – as compared to the previous year. These figures have ranked Lenovo to second position across the globe in terms of PC manufacturing, and it is expected that it may outpace HP within one year. It may not be a big deal for Lenovo CEO to distribute $3 million to his workers as he earns around $14 million annually.

While looking at the excessive annual salaries, CEOs typically get these types of annual performance bonuses if they successfully meet the company’s goals at the end of financial year. For instance, the recently hired Yahoo CEO Marissa Mayer will get a package of $100m if she is able to meet the specific goals laid out in her contract.


Posted by johnross in Employees