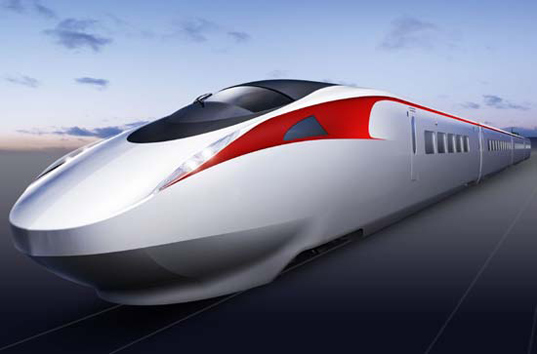 High speed vacuum trains will allow commuters to see trains hurtling through tight tunnels, which will eventually offer commuters to view futuristic travel that they see only in science fiction movies such as Source Code and Logan’s Run. Well, it seems like fantasy but many countries including U.S and China are working on this project to make it a reality that would ultimately change the mode of transportation, and our lives as well.

Also called  “Vactrains” – which is not a new concept – Robert Goddard, who made the world’s first liquid-fueled rocket, designed a prototype of this over 100 years ago with the purpose of providing transportation faster than that by a plane. However, the idea wasn’t economically feasible at that time and wasn’t fast enough.

Now, the latest concept in vactrains will definitely make a difference as it includes magnetic levitation technology that supports speeds up to 4,000 km/h. That is something thousand times faster than today’s high speed rail, which travels at a maximum of 200 mph.

By using this train, commuters can cover the distance between Los Angeles and New York in just 45 minutes whereas it takes almost 5 hours by air. In addition, the journey between London and New York will be covered in only one hour, in comparison to the regular 8 hour flight. This is certainly something that will change our lives.

While various designs have come over time, the mechanism behind them is always the same – just pump all of the air out of a sealed tunnel and then run trains or capsules through them. Some designs also allow these trains to travel through oceans with the help of large-bore pipes tethered at a fixed depth but the idea is still in the theoretical phase.

However, these vacuum trains are likely to launch within 10 years as there are teams in China, U.S and other countries across the world working on this project.

Ernst G Frankel, Emeritus Professor of Mechanical Engineering and Ocean Engineering at the Massachusetts Institute of Technology says that “The advantage of a vacuum tube is that you can achieve high speeds. It is able to do this because there is little air resistance to slow the train down. Air resistance is a large part of the rolling resistance of a normal train.”