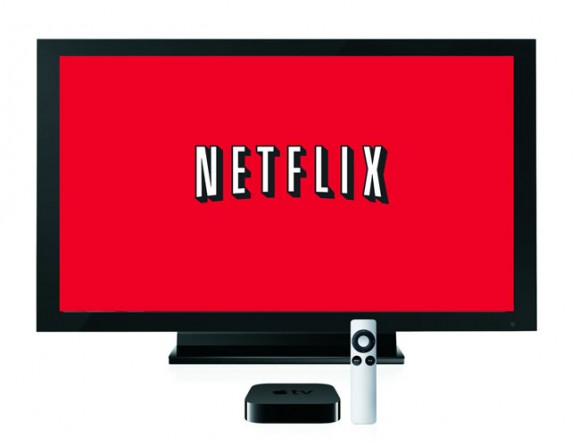 For many of those who watch online movies, NetFlix is a trusted name and it’s already at the top position, but recent stats provided by IHS iSuppli say something different. According to the report, it was Apple at top earlier which lost a major market share by now giving an edge to NetFlix to rise high!

No doubt that the number of subscribers for watching online movies have increased to a greater extent. Along with new subscriptions, many of the old ones also switched to NetFlix during the past year. According to HIS iSuppli, the number of Netflix subscribers grew with 44% as compared to the last year. On the othr hand it cut down the iTunes’s market share to half.

Currently Apple’s movie service accounts for 32.3% only in the whole online movie market. But it doesn’t mean Apple is losing the battle. You may know well about the fact that Apple allows Netflix sign up directly through the Apple TV and every new subscriber Neflix gets, it pays off to Apple too. So, higher the Netflix subscriptions are, much better it is for Apple, but all those subscriptions must come through Apple TV.

Well, the above is one side of the story. On the other side, Netflix had undergone a big crisis last year as well. A huge number of subscribers lost faith on the company as there was a drastic increase in prices and the company announced that it would be pulling off its DVD-by-mail service from the streaming business. Off course it was shocking for millions of users and as a result there were huge number of lost subscriptions. It was probably a good point for company to learn how to capture most of the market and since then their strategies brought a rise!


Posted by Danielle Lisle in Services