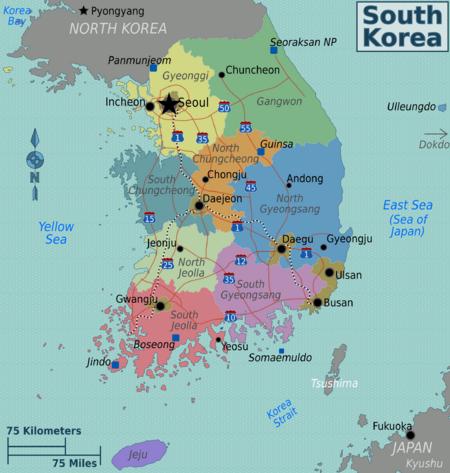 South Korea, officially the Republic of Korea is an independent state in the Southern part of the Korean Peninsula with mostly mountainous terrain. South Korea covers a total area of 99,392 square kilometers and has a population of 50 million. Its capital is Seoul which is also its largest city with a population of 9.8 millions.

Lunar New Year’s Day (observed on 1st day of 1st lunar month) and the Korean Thanksgiving Day (September 30) are the most celebrated traditional holidays in South Korea. On both occasions the holiday is observed for a total of three days.


Posted by elisha-rendell in Places