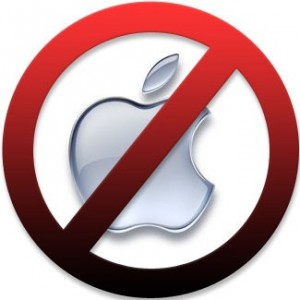 Though Apple has its headquarters in Cupertino, just a few miles away from San Francisco, the city has banned its local government agencies from purchasing any more computers from Apple. Macs, as they are known, are widely popular computer machines, preferred for their ease of use and compact designs.

The ban came in the wake of Apple’s decision to ask EPEAT (Electronic Product Environmental Assessment Tool) – the government-supported organization which is responsible for setting environmental standards for electronics – to remove 39 computers, monitors and laptops from its list of environmentally friendly devices (EPEAT does not yet certify smart phones and tablets – which form a major chunk of Apple’s revenue).

Interestingly, back in 2006, when EPEAT standards were being formed, Apple was one of the assisting companies and several of their products have retained the certification over the years. The MacBook Pro, one of Apple’s most popular products, had to be taken off the list because of how its battery had been glued to the body, which makes recycling it nearly impossible.

In order to be considered green, and be on EPEAT’s certified list, electronics need to be energy and environment friendly. According to reports, new Apple devices have become harder to repair and consequently recycle, a fact backed by iFixit, an extensive online repair manual.

While giving an interview to Wall Street Journal, the director of San Francisco’s Department of Environment, Melanie Nutter, said, “We are disappointed that Apple chose to withdraw from EPEAT, and we hope that the city saying it will not buy Apple products will make Apple reconsider its participation.”

Statistics from San Francisco’s government agencies show that only one to two percent municipal computers are Macs. It is known that in 2010, $3.8 million was spent on laptops and desktops whereas $45,579 cash was spent on Apple products (including iPads, which aren’t certifiable by EPEAT anyways). While it appears that the ban won’t affect Apple’s profits much, it can make a strong statement in support of the EPEAT. This decision is in pursuance of a 2007 policy, according to which, city funds can only be used to acquire devices which are certified by EPEAT to be environmentally friendly and easily recyclable.

The manger of San Francisco’s Department of Environment, Chris Geiger, hopes that the step they took inspires other cities to declare 100 % EPEAT certification mandatory while purchasing electronics.