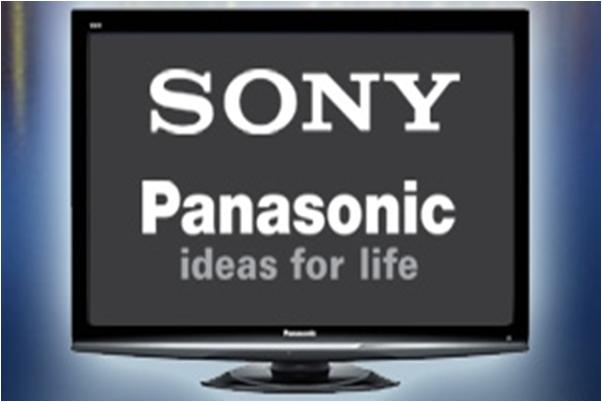 In an attempt to get back people attention towards the forgotten TV segment, the two rival television makers Panasonic and Sony have decided to join their hands to develop the next generation OLED television.

The partnership between the two companies is likely to announce in the coming week, and shareholders of both the companies are currently working on terms and conditions of this partnership. This would be the first alliance of the consumer electronic giants’ main TV operations.

The two Japan-based technology firms have faced intense competition from one another and suffered at the hands of South Korea’s Samsung Electronics Co and LG Electronics Inc.

The strategic partnership between the two corporate minds in research and development will certainly take on television giant Samsung. It will also help these tech firms to regain ground from their foreign rivals.

Sony, Panasonic and Sharp rule the Japan’s television market, but while the manufacturing output remains constant, the three companies faced financial woes in 2011.

Last month, Panasonic said that it experienced a US $10 billion for the fiscal year that ended March 31. Likewise, Sony announced a US $5.7 billion loss for its fiscal year.

OLED or Organic Light Emitting Diode is a technology that features high quality image along with bright colors, deep blacks, and greater clarity and contrast.

Samsung said that it will soon introduce 55-inch OLED 3D TV in Korea in the second half of this year. It will cost around US $9,000, but it is still unknown that when the company will introduce this set in USA. On the other hand, Korean TV manufacturer, LG is also rolling out 55-inch OLED TV, priced around $8,000, later this year.

It is expected that OLED TVs will come initially with a huge price tag, but there will be a fair decline in prices after sometime. NPD DisplaySearch predicts that the price of a 55-inch OLED model will drop fairly up to 50 percent by the end of 2013, and this trend will go on by the end of 2015.