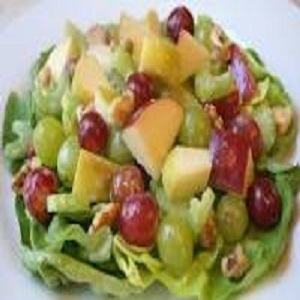 Most salads are named after their ingredients. This one is named after the place of its creation, The Waldorf Astoria Hotel in New York. It has been over a century since its creation, yet it remains as popular as ever. It is not counted among America’s classic salads and was initially made by just apples, celery and mayonnaise. However, now chopped peanuts are also added. Some diet conscious people replace mayo with yogurt since it doesn’t make any great change in taste. It remains amazing like ever. Follow our step by step to Waldorf Salad and cheer for good old times.


Posted by bukhtawar_salik in Food & Beverages