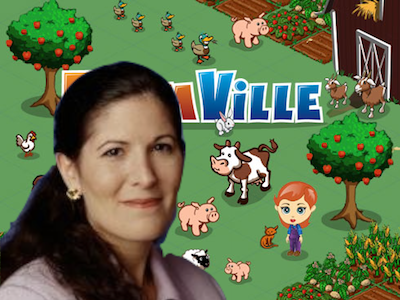 Zynga has hired former Yahoo executive Ellen Sliminoff to its board of directors – the first female to become a member of its board.

At present, Sliminoff is CEO of educational publishing company Shmoop University. The company is working to help students develop an interest in learning and writing in this digital age. Besides that, she is a member of the board of directors in various organizations including Journal Communications, Inc., U.S. Auto Parts Network, Inc., and Mozilla Corporation.

“Ellen has great experience and insights operating Web businesses at scale and brings a passion for consumer Internet products,” Zynga CEO Mark Pincus said in a statement. “Ellen has also been a longtime Words With Friends player with her family and shares our mission to connect the world through games.”

While working at Yahoo, Siminoff managed to do a variety of important tasks at the company, including administering its entertainment and small-business division. She also worked as the CEO of Efficient Frontier, a multi-channel advertising technology firm which was later acquired by Adobe earlier this year.

“Zynga is truly about deep connections between people, and the company has built a significant, engaged player community around the benefits of play and social,” Siminoff said in a statement.

She says she admires the fact that she is now a member of Zynga’s board of directors and is excited to work with Zynga’s team to leverage the company’s tremendous success and enhance its consumer base.

The move comes less than a month after social networking giant Facebook hired its Chief Operation Officer Sheryl Sandberg to the company’s seven person board of directors. She was appointed after severe criticism regarding a lack of diversity on the company’s board.


Posted by johnross in Careers & Jobs