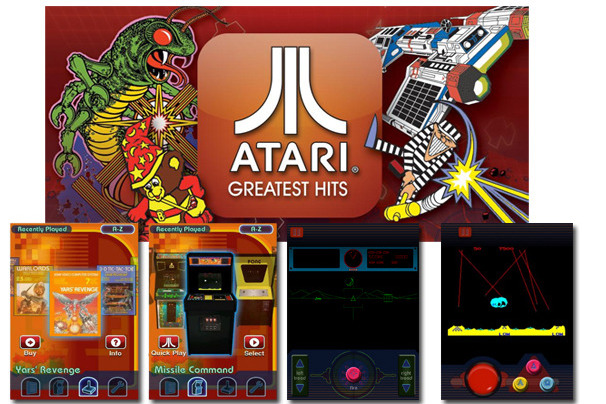 To celebrate the 40th birthday of Atari with full festivity, the company announced that it is giving away 100 of its games for free for a day. These games will be available for free on the Apple App Store.

People who have iPhone, iPad and iPod can take advantage of Atari’s generosity today only. These games usually cost $10 on the Apple App Store. The games include many popular titles such as Pong, Asteroids, Missile Command and Centipede and can be played with the original Atari joystick. Users can play these games for free until they uninstall or remove them.

“Relive the Golden Age of Gaming with a collection of the most popular retro games from the 70s and 80s. This extensive catalog pays homage to each of the originals, with controls designed to mimic what Atari fans remember from 30 years ago! For those who love the classic gaming experience, this handheld breakthrough is sure to guarantee hours of fun,” Atari says on its download page.

The 100 classic arcades games were made specifically for the Atari 2600, and in order to make them visible within the app, these games are arranged alphabetically and appear separately in original cabinet and box art design. However, the main menu screen shows off generic categorization of games.

These games are easily downloadable and users can unlock them for all devices that are compatible wih their Apple App Store account.

Back in 1972, Nolan Bushnell and Ted Dabney developed Atari and even offered employment to two legends – Steve Jobs and Steve Wozniak. The company became famous after the invention of Pong, mesmerizing millions of people. It was the simplest video game ever made, which included two ‘bats’ and a ball.

People will also never forget Atari 2600 game console, which drastically hit the shops and more than 30 million units were sold between 1977 and 1992.