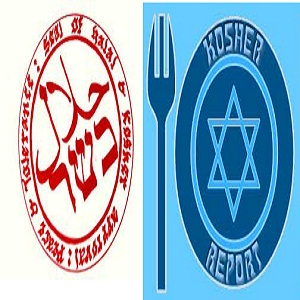 Kosher and halal are the dietary terms for two major religions of the world; Jewish and Islamic. Like all other aspects of life, the two religions guide their followers in the food that they consume. They do share some similarities like the ban on ban on eating swine. Both religions also do not allow their followers to eat amphibians like frogs. These similarities lead to people thinking that kosher and halal food are same and can be consumed by followers of each religion interchangeably. However, these two systems do have some fundamental differences between them which matter for the strict followers and need to be elaborated for guidance.

The primary difference lies in the act of slaughtering of an animal. In the halal rules, the name of Allah must be recited before slaughtering the animal and the direction of the slaughterer should be towards Mecca in Saudi Arabia which is considered the holiest place in Islam. If these two rules are not followed, the meat is ‘haram’ i.e. non valid. In Kosher, while it is best to say a general blessing before slaughtering, it not a requirement and the meat will still be considered kosher if no prayers are said.

The difference also lies in how the meat can be eaten. Islam does not forbid its followers from consuming any part of an animal, including his hind. In kosher, only the front part is eaten and the hind part of an animal is discarded.

In Islam, all sea food can be consumed without any restrictions. In kosher, anything without scales and fin is prohibited. So fish which do not have fins and scales cannot be consumed. Therefore, sea food like shellfish, crab, lobster, shrimps and oysters are not allowed in the religion for eating. While all dairy products are allowed, there is a restriction that meat and dairy products cannot be cooked together in the same utensil. Any vessel used to store dairy products should be separate from those for meat. These restrictions do not exist and apply in halal food.

Except grape juice and wine, kosher food allows use of all types of wine. There is no restriction on that. Halal dietary rules strictly forbid any use of wine, no matter how small the quantity is in preparing the wood or after it.