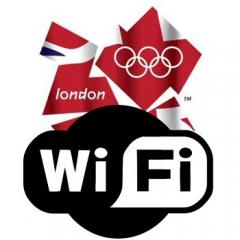 Virgin Media has already announced free Wi-Fi facility in some underground stations in London and by the end of this year, it will cover more than 100 tube stations. Now mobile carrier O2 will launch its free Wi-Fi service on various landmarks across the city.

The announcement was made just in time for the commencement of London Olympics 2012. This service is absolutely free to use, irrespective of which connection you’re currently using.

The free Wi-Fi will be accessed across major hotspots of central London, including the Borough of Westminster and some famous tourist spots such as Oxford Street, Regent Street, Trafalgar Square, Covent Garden and Leicester Square.

The initiative taken by mobile carrier O2 was highly appreciated by Westminster Council’s Philippa Roe and said, “Westminster welcomes over a million tourists a day, is home to 250,000 residents, employs over half a million people and sees 4,000 business start-ups each year.”

“The Olympic Games mean that London will be putting on the biggest show on Earth….visitors to London will easily be able to share their pictures and updates of the Olympic events across social networking sites.”


Posted by johnross in Computer & Internet