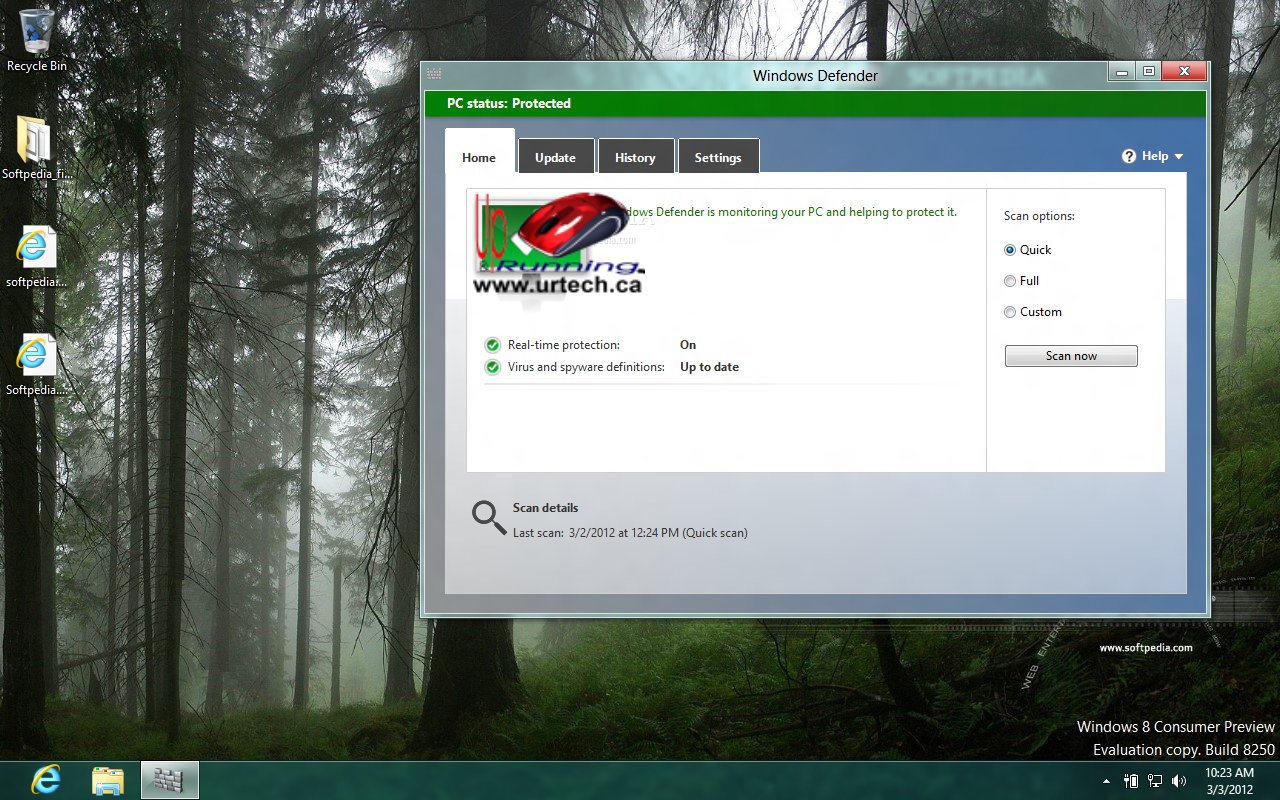 Windows Defender is a special feature that was released by Microsoft in Windows Vista. It can also be used in Windows XP, but you have to download it. It is mainly designed to detect and block malicious programs, such as spyware, adware and Trojans. It also finds out the potential threats in the system and eliminates them.

In such circumstances, Windows Defender provides some relief to the user. It is user friendly, and gives great amount of comfort. Several computer experts believe that the Windows Defender does not give hundred percent protection, but still there are no questions over its worth.

It definitely warns you about the potential dangers, and tries to remove them. If you are using genuine Windows Vista, this program will surely reduce your worries. It is imperative that this program stays on in your computer.

Running it is not a tough thing to do. Once the Defender is switched on, it will continue to work in the background. It hardly affects the machine’s speed.


Posted by lewis-tom in Software Applications