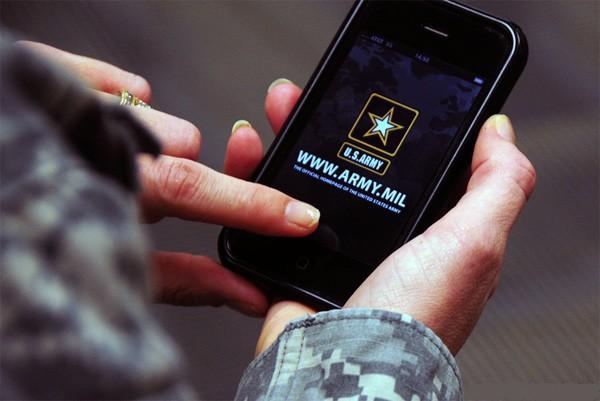 The U.S. military has come up with a new strategy which will enable them to have a strong grip on Smartphones and other devices while fulfilling security requirements.

Although they are still working on this strategy, but the policy has eventually increased rivalry among big tech giants like Research in Motion, Apple and Google. However, Research in Motion has already made BlackBerry – which is used by Pentagon.

The strategy will help to successfully coordinate many pilot programs and other initiatives that are taken by the Department of Defense and other military services.

According to chief information officer at Pentagon, Teri Takai, Pentagon is looking forward to implement the technology of Smartphones and other mobile device technologies to enhance communication among soldiers, improve teamwork and efficiencies across the military services and other agencies from Pentagon.

Dennis Moran, a former soldier who is currently working as senior executive in Harris Corp, appreciated the new strategy and said it would help U.S military in elucidating and understanding the mobile devices more closely.

“People have been calling for this for years,” said Moran, who once ran the White House Communications Agency. “It’s acknowledging that the world is moving toward mobility and the department’s got to move in that same direction,” he said.

Above 250,000 BlackBerry devices are already in use by the U.S. military, and they have also started using thousand of devices from Apple or supported by Android software made by Google.

At present, U.S. military is equipped with over 250,000 Blackberry devices made by Research in Motion. In addition, U.S. military has started using thousands of devices manufactured by Apple or supported by Android software from Google.

According to Takai, the existing technology will not only help in implementing the new strategy but also making custom applications and ultimately make the work  environment more comfortable with the help of Smartphones and other devices.

“This strategy is not simply about embracing the newest technology – it is about keeping the DoD workforce relevant in an era when information and cyberspace play a critical role in mission success,” she said.