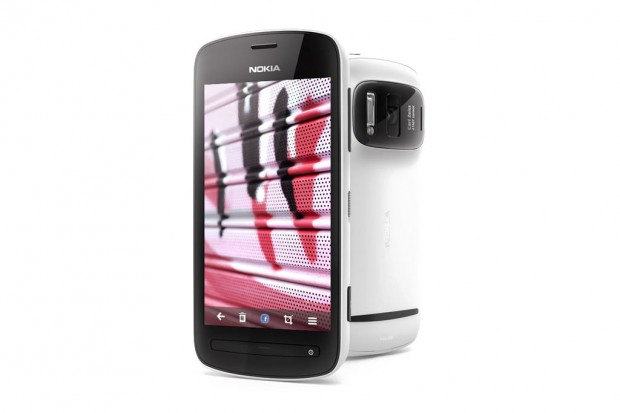 Though squeezing a 41 – megapixel camera in a smart phone was no doubt an astonishing characteristic of the new 808 Nokia Purview, but the delay in its release time is another factor which is making UK fans blue.  From April the date tipped for a May release, and now Amazon UK has confirmed 21 June as the final releasing date of this super snapper.

Unlocked for £499.98, the Purview handset will soon surprise the Camera happy customers; they can also place pre-orders.

With a Carl Zeiss sensor, the 41 megapixel camera has become a big selling point for the Nokia 808, however few even think that this feature is a bit misleading feature.

Well basically the camera acquires a raw data of 41 megapixels, shrinks its size by keeping the resolution perfect and gives out a result of 8 megapixel photo. Do not go for its look, it’s more of a beast than a beauty, because it runs at Symbian’s slow and dying platform. But the technology of Nokia heading towards the Windows Phone platform is covering all flaws.

According to Amazon UK the delay of 808 Purview is affecting UK’s SIM free retailer, but through survey it has been seen that this suspension is affecting networks across the board as well.

Though the unlimited range of latest technologies and apps in Nokia 808 Purview, takes no time in catching everyone’s eyes, still the characteristic of 41 megapixel camera makes this smart phone a super snapper.

Fingers are crossed; let’s see if the 808 along with its super camera hits the UK shelves on the 21st June 2012.