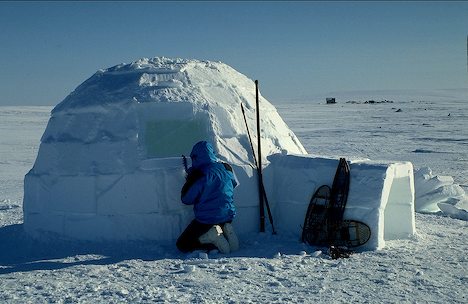 Eskimo is a word which is often used by most people to refer to the native people who tend to live in all the polar regions of the world. These regions include Siberia, Alaska, Greenland and even some parts of Canada.  We often read about these people who live in igloos and homes made out of snow. These people are generally refereed to as Eskimos. Now Inuit is a name give to a group of people who are living in the arctic region of the world.

To start things off, we can look at the fact that the word Eskimo is used almost like a wide term, which is used to refer to all the native people living in the arctic and polar regions of the world. This means that anyone, who is of native ethnicity and lives in these regions is an Eskimo. On the other hand, Inuit was originally used to label the initial inhabitants of Canada and Greenland.

Further reading below:  Difference between Eskimo and Inuit.