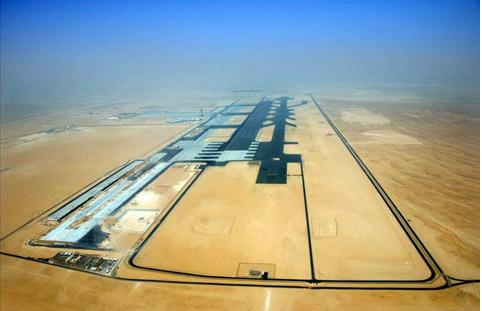 The Jebel Ali International Airport is officially known as the Al Maktoum International Airport and was named after the late ruler of the emirate of Dubai. The airport is located in the Jebel Ali area of the city and is part of Dubai World Central’s projects. The Jebel Ali Airport and the Dubai World Central projects are all located within an economic free zone and the developers want to integrate logistics with manufacturing in one area.

Some estimates claim that it will be 10 times bigger that the Dubai International Airport. The developers plan to give the airport a capacity of 12 million tons of cargo and 160 million passengers per year.