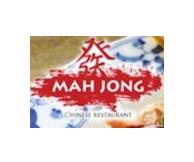 Dubai Media City has few Chinese restaurants within it, which serve delicious Chinese fare. Mah Jong Restaurant is one of them, which is operating in building number 10. Both the visitors and people, who work in the Dubai Media City often dine-in at this restaurant that is famous for its crispy duck dish.

Aside from the crispy duck, Mah Jong Restaurant’s menu include various other scrumptious affair such as chicken wings, shu mai dumplings, sesame ball, desserts like toffee pineapple, ice cream and much more. In brief, Mah Jong Restaurant has got almost everything apart from alcohol, as it is yet to receive a licence to sell such beverages.


Posted by Linda Barbra in Dubai