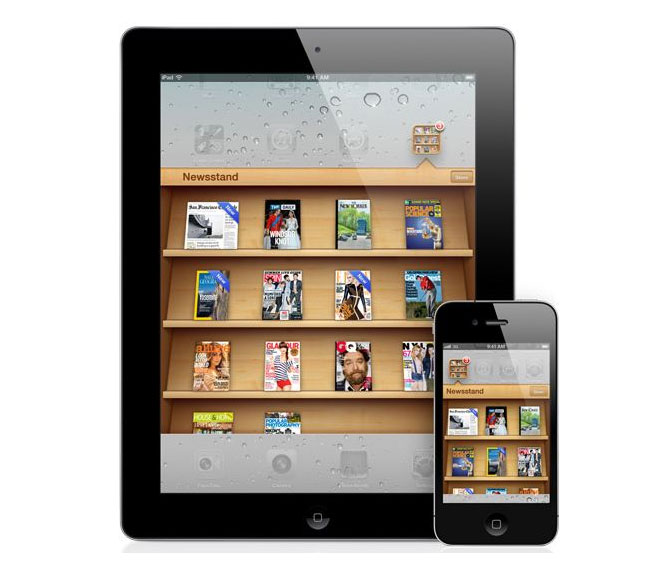 Time Inc has finalized a new deal with Apple to include 20 of its publications in the iOS Newsstand. On June 14, the publisher announced that consumers will now be able to purchase digital subscriptions for popular magazines like Entertainment Weekly, People and Sports Illustrated through Apple’s Newsstand. The deal will give users of Apple’s iPad the ability to buy a single issue or grab an annual subscription. People who already have a subscription for the print version will be able to download the digital version on their iPads for free.

Other titles from Time Inc on the list include All You, Coastal Living, Cooking Light, Essence, Fortune, Golf Magazine, Health, InStyle, Money, People En Espanol, People StyleWatch, Real Simple, Southern Living, Sports Illustrated for Kids, Sunset, This Old House, and Time. The deal between the two companies shows the evolution their relationship has gone through from a year ago. Time Inc seemed to be extremely opposed to the digital subscription model that Apple was using on its Newsstand and was one of the last major publishers to join. It was also the only company to offer digital subscriptions to people that purchased the physical versions. Consumers were forced to subscribe to the print magazine so that they could access the digital version on their iPads.

Internet and mobile devices have hurt the print and publishing industry tremendously as people shift their habits to reading news, analysis and articles on their personal mobile devices. Feeling the squeeze, many publishers started to digitize content and find ways of making money. With the launch of Apple’s subscription service, publishers flocked to the platform but not all were satisfied. Some had issues with Apple’s 30% cut of the profits and its use of subscriber data. However, it seems that Time Inc has finally gotten over any reservations it had and embraced the inevitable.