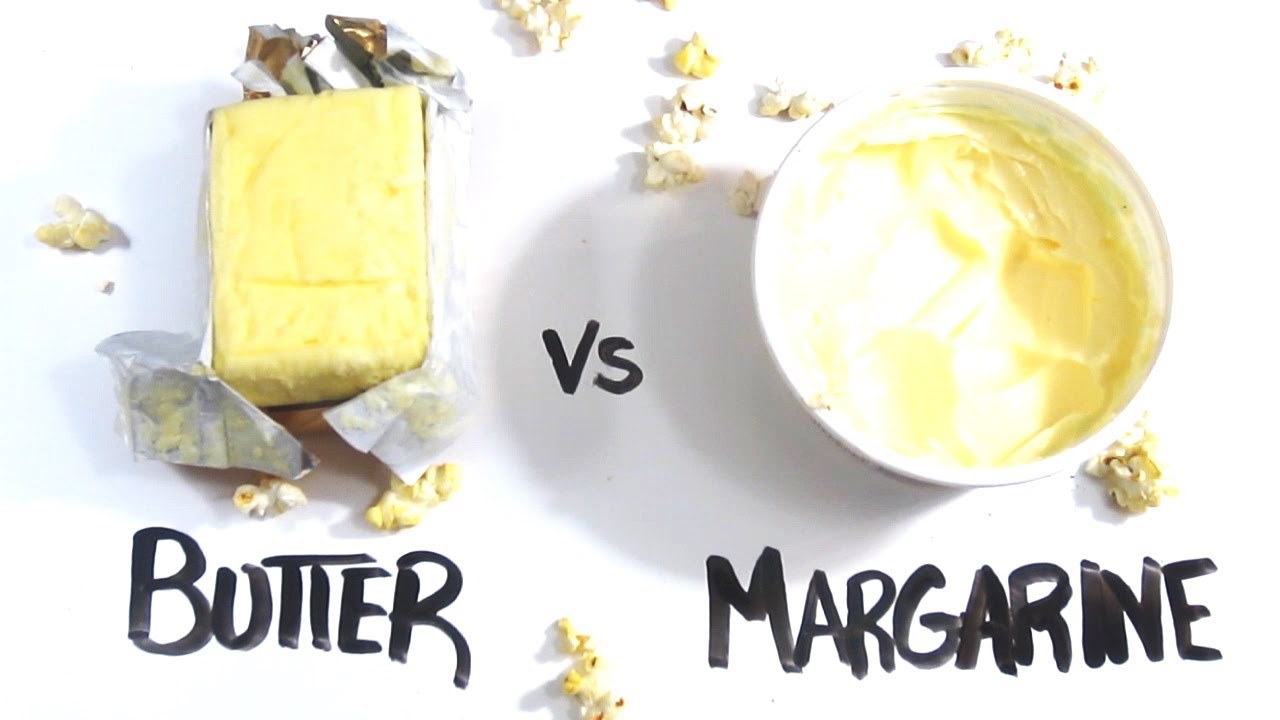 Both butter and margarine are spreads primarily used to enliven your daily bread. While both can be used as a perfect substitute for each other, they are different condiments that look similar but differ a lot in their nutritional make up. Butter has a creamy texture and fuller flavour while margarine is smooth and has soft consistency. In their nutritional composition, butter contains high levels of saturated fat and zero trans fat, while margarine contains high levels of unsaturated fat and a considerable amount of trans fat.

Butter is a rich source of vitamins A, D, E and K, which are all naturally present in it. Margarine does not contain either of these vitamins, though it is fortified with vitamins A and D after emulsification.

Butter tastes really rich and each type of butter has a standard taste. Margarine, on the other hand varies largely in taste, depending upon its production method and brand.

Some famous types of butter are sweet cream, raw cream, cultured, whipped and spreadable butter. Any of these types can be made salted butter by adding a small amount of salt while churning. Margarine is classified as hard low fat, no trans fat, traditional, light spread etc.

Both butter and margarine have equal fat and water contents, 80 percent and 16 percent respectively, however, they differ widely in the type and amount of fatty acids, protein content, cholesterol level etc.

Butter is essentially the fat from milk, created from cream that rises to the top of fresh milk, when it is allowed to sit in a cool place for a period of time – 12 to 24 hours. The chemical process used to convert the fresh cream or whole milk to butter is called churning. In this process the cream is shaken vigorously which allows the milk fats to combine together and come to the top of the liquid. The solid part floating on the surface of the liquid is the butter.

Margarine is also a water-oil emulsion which is made from vegetable oil that has been solidified to some degree. A blend of purified vegetable oils and skimmed milk is also used to make margarine. When produced from vegetable oil only, the oil is first hydrogenated by passing hydrogen gas through it in the presence of nickel catalyst. This process solidifies the oil. A good quality emulsifier such as lecithin is then added to the hydrogenated oil, before fortifying it with Vitamin A and D.