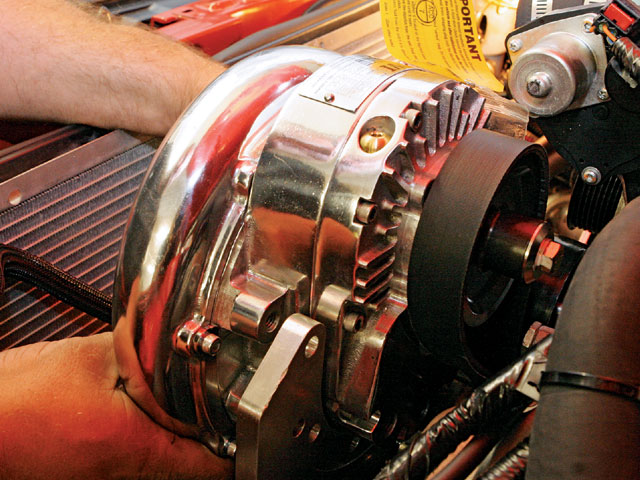 The first difference between the super and turbo charger is that of the prime mover. The supercharger draws its energy from a compressor, which is an auxiliary of the engine itself. The turbocharger however derives its power from the exhaust gases coming out of the engine. Thus the performance of the engine is enhanced without disturbing its normal operation and rpm’s.

The power output of the superchargers is easier to control. The turbochargers rely on the exhaust gases, which can vary in pressure and are at extremely high temperatures. Thus when higher power output is required, the control can become pretty difficult and there is a delay called ‘turbo lag’. The reliance on the exhaust gases means that there will a small delay between the opening of the throttle valve and the impingement of the gases on the turbine blade. In case of superchargers (belt or gear driven) though, the variation in power is instantaneous.

When it comes to compactness, turbocharger takes the lead. As compared to a supercharger, it is a small device and can be easily accommodated. The superchargers are also more expensive than the turbochargers.

Both super and turbochargers require intercoolers to reduce the temperature of the gases, thus reducing the specific volume and making the combustion process more efficient.