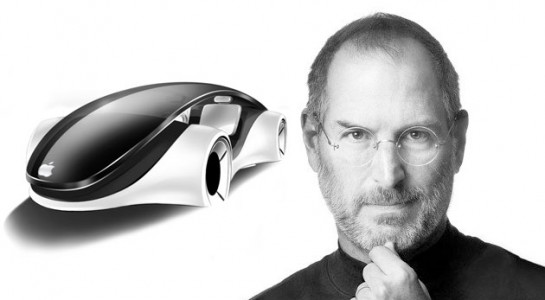 Steve Jobs was one of the greatest technological innovators and an intelligent business man. He was a visionary person who gave the world the iPod, the iPhone and the iPad. While achieving all the milestones, Apple CEO was interested in making an iCar.

“Look at the car industry, it’s a tragedy in America. Who’s designing the cars?” Drexler said. “Steve’s dream before he died was to design an iCar and I think it would’ve been probably 50% of the market. He never did design it.”

While his iCar idea never came to completion but Jobs did manage to design a luxury superyacht and a private jet.

Although Apple has been doing extremely good in the technological sector, it would certainly be a great challenge for them to pursue a position in the automobile industry. According to some analysts, Apple is going to integrate its products into cars, rather than creating a car itself as Steve Job had dreamed of.

Mr Drexler goes on to claim that if Steve Jobs was successful in developing an iCar, it would have taken up 50 percent of the market share. It is nothing wrong to say that before the arrival of iPod, no music player have ever captured the market share like iPod.

According to reports, Apple has been working on an iCar for four years. Back in 2007, Steve job had a meeting with Volkswagen Group head Martin Winterkorn. The two big companies were reportedly planning to build a team to manufacture a car targeting the youth market.

Let’s cross our fingers for the new iCar!!!