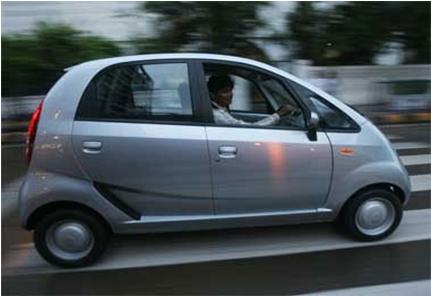 The ever increasing fuel prices have inevitably taken up a large proportion of people’s budget. And because of the global recession, people have less money to spend, particularly for fuel bills – whether for the home or for the car. To combat this fiasco, several automakers have introduced different technologies including EFI (Electronic Fuel Injection) and hybrid system that offer fuel efficient vehicles which ultimately give good performance.

But a recent development by a Pakistani engineer has amazed the tech world. He developed a car that runs on water.

Engineer Waqar Ahmad gave an in-depth demonstration of this ground-breaking technology in front of parliamentarians, scientists and students while driving a car powered with water instead of petrol or CNG.

According to him, a 1000 CC car requires only one liter of water to cover a distance of around 40km,while a motorbike can cover about 150km with the same quantity of water by using this technology.

The demonstration left the onlookers stunned and a cabinet sub-committee highly appreciated Waqar’s effort on his ‘Water Fuel Kit Project’. The Government officials also assured full support to him on his inventive efforts.

The chairperson of the cabinet committee and Minister for Religious Affairs Syed Khurshid Shah said the engineer will be provided full support from the Ministry of Science and Technology.

He also directed the ministry and the Pakistan Engineering Council (PEC) to immediately study the feasibility report of the project.

Waqar Ahmed had initially explained his project to Mr. Shah and it was then referred to the federal cabinet and after approval, it was then sent to sub-committee.

During Thursday’s demonstration Shah himself took a test drive of the car.

He also offered complete security to the engineer and said the formula would be kept secret. According to him, Prime Minister Raja Pervaiz Ashraf and Finance Minister Hafeez Shaikh also admired his efforts.

“We own this project and are committed to successfully completing it,” he said.

Minister for Science and Technology Mir Changez Khan Jamali called the project as “this year’s Independence Day gift to the nation.”