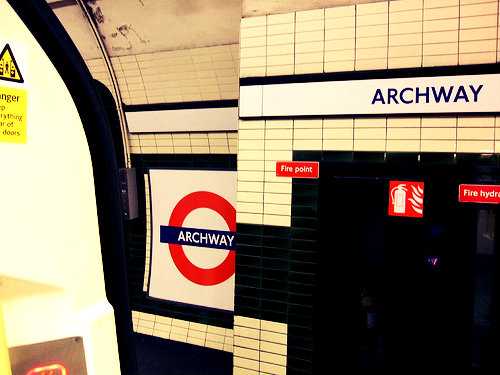 In the North zone of London right beneath 59 meters long Archway Tower, Archway Tube Station is situated. At the 2 Junction Road; which is also famous by the name of Archway, this rapid transit intersects the Highgate Hill, Holloway Road and Junction Road. Archway Tube Station has two platforms and 2 to 3 fare zones. Furthermore, during the initiation ceremony of the underground station, on 22nd of June 1907 it was named as Highgate. But before Archway was finalized, the name of the station was again changed back to Highgate (Archway) in 1939 when the lines of the rail were extended towards the East Finchley. There are many amenities available near this tube station for the convenience of commuters  and locals which include; restaurants, bars, pubs etc. Moreover, Highgate Hill and Junction Road provides direct entrance and exit to the ticket halls of this rapid transit. Places to explore near Archway Tube Station.