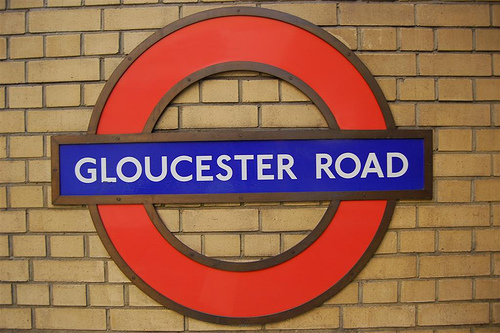 Gloucester road subway station is situated in the Kensington neighborhood of London. Interestingly, the tube stop is divided into two sections. There is a sub-surface section which was originally opened in 1868 and then there is the deep level section which was created in 1906. The station went through periodic refurbishments that led up to the current station building, which has 5 platforms. Three lines pass through the tube stop including the District Line, Circle Line and Piccadilly Line.  Circle line connects Gloucester Road station to High street Kensington and South Kensington stops, while the Piccaddily and District lines give passage to Earl’s Court and South Kensington.

The underground station has only one entrance from Gloucester road to the ticket hall and the same doors are used to exit. Gloucester road tube station has most of the same facilities that other stops on the tube system have including ticket halls, payphones, lifts and help points general commuters along with complete assistance for disabled people. Places to explore near Gloucester Road Tube Station.