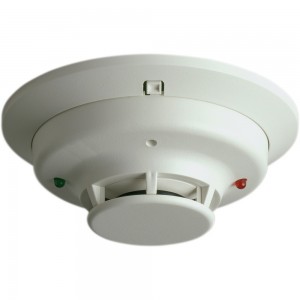 Smoke detectors are designed to detect fires, accompanied by smoke in the rooms and characterized by high detection ability at an early stage of fire.

The old idiom says, “There’s no smoke without fire.” The smoke detector detects smoke and set off the alarm. Install a smoke detector is an effective and inexpensive way to get rid from any potential fire disaster.

According to reports (FEMA) Emergency Agency of the United States, majority of fatal fires occur when people are sleeping as they have limited time to escape the parameters when they get to know what happened.

Smoke detectors are installed on top of the floor and when it detects smoke (intensive), it makes a sound and gives a flashing warning to the people in the surroundings.

The smoke detector should be installed in each room (bedroom, closet, reading room … etc.) and in the corridor as well as in the lobby. When you install a smoke detector, you must place them in the center of the upper ceiling.


Posted by mario in Home Appliances