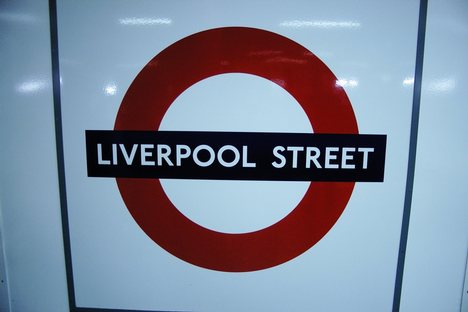 Liverpool Street station is a London Underground station plus a railway terminus that can be found in the North East part of the British capital. After Victoria and Waterloo, Liverpool Street station is the third busiest in the capital of Great Britain. This station has several internal entrances between platforms and ticket hall, but the main entrance and exit lies at the National Rail Concourse side. This entrance leads straight to the ticket hall of the Liverpool Street tube station, which is also used for exodus. Aside from ticket hall other facilities on the station include cash machines, escalators, gates, pay phone, help points, bridge and waiting room. Liverpool Street station was built in 1874, but its operations fully commenced from 1 November 1875 after original Bishopsgate terminal was shut down for commuters.