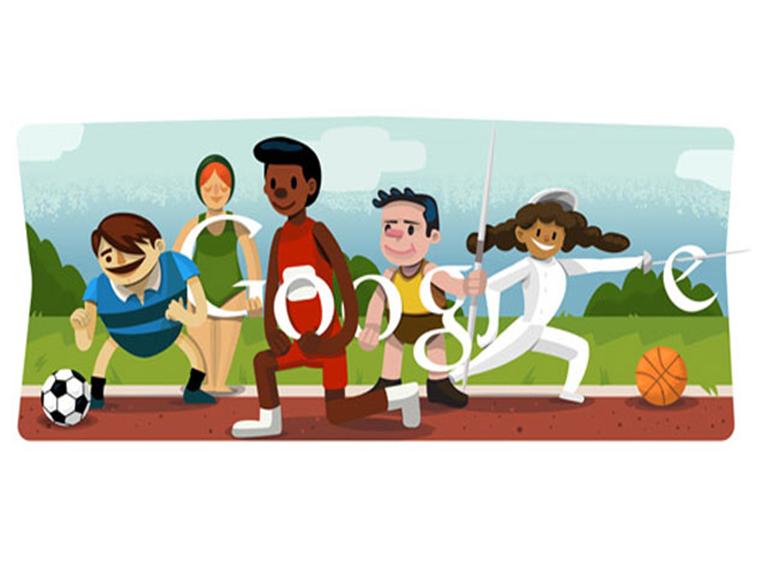 London Olympics, the biggest quadrennial event, have finally been staged in London, and to celebrate this event with full vivacity, Google has also extended its support by dedicating a mesmerizing doodle.

The doodle demonstrates 5 athletes on track with everyone holding the letters of Google in their hands which also signifies the logo of Olympics. The doodle also shows off the sports basketball, fencing, football, swimming, javelin throw and running.

The highly anticipated event ceremony will officially start in London on 27th July at 6:00 pm GMT and will showcase the best breed of athletes across the globe.

It will be a three hour show that is expected to be watched worldwide by up to one billion viewers, marking the commencement of 17 days athletic skirmishes which will eventually create legends, shatter dreams and fire national pride. People across the world can watch the astounding event in their home countries through their respective TV channels.

The electrifying event takes almost seven years and around £9 billion to get the stage ready. Around 10,000 athletes from 204 nations are likely to participate in this sporting gala.  For the ease of visitors and locals, mobile carrier O2 has also decided to offer free Wi-Fi service on various landmarks across London.

On the other side, the management has come up with an extensive examination program since countless doping issues may end up dominating the show, and other issues which might outshine the vividness of the event such as creaking transport system, and of course potential security risks.

The Slumdog Millionaire Oscar-winner Director Danny Boyle has been asked to cut the length of the show, as organizers are very much worried if the show get prolonged it will be quite hectic for spectators to reach home within time due to transport problem.

A voluminous number of VIPs and renowned personalities including some 120 national leaders are in city to attend the sporting extravaganza. Some eminent personalities like King of Swaziland, Angelina Jolie and U.S. First Lady Michelle Obama will also attend the event.

The Prime Minister of Japan Yoshihiko Noda and Germany’s Angela will also represent their countries.


Posted by johnross in Computer Games