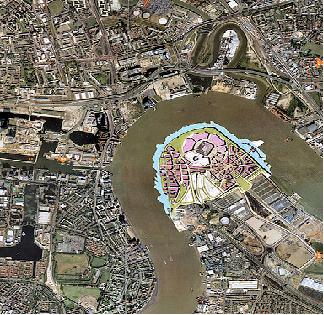 The Greenwich Peninsula is located in the heart of London and has a large swath of beach that runs along the River Thames.  This prime piece of land, which will be hosting the first ever Peninsula Festival this year, has some major landmarks on it including the O2 Stadium. Also, some of the 2012 Olympic venues are only 15 minutes away. The Peninsula Festival is scheduled to take place in July and August right around the time of the Summer Olympics. The London Greenwich Borough has supported the colorful event, organized by Peninsula Festival Ltd and its partners, and has invited visitors to enjoy musical concerts, camping, eating out at the marina and sailing.  Beach activities are the highlight of this festival which includes beach games like rugby and handball and also an opportunity to chill at the Greenwich Beach in London. This festival has Dutch roots and was originally meant to give Dutch fans a place to relax during the Olympics. However, the idea has grown and now is open for all and most events are inspired by the Dutch style Peninsula Festival.


Posted by mahgul_tariq in London