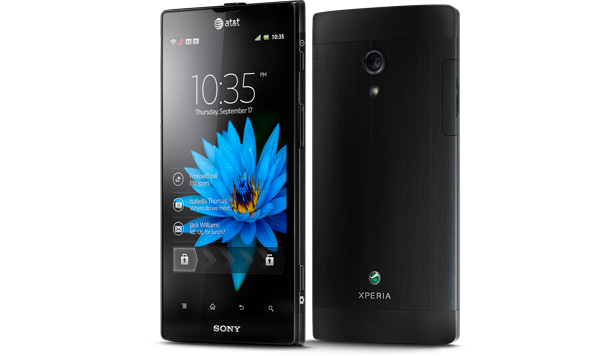 With an outstanding hardware and tremendous TV connectivity, the Sony Xperia Ion is an ideal Android phone for those who want to take their movies everywhere – displaying them on any screen available. The device is equipped with 1.5GHz dual-core processor, a 12-megapixel camera, and a colossal high definition display. Unlike other smartphones, the Sony Xperia Ion is more than just top-of-the line in terms of attributes and specs.

One of the main plus of the Ion is its large screen. It has a 4.6 inch 1280-by-720-resolution display. Powered by Sony’s own Bravia display engine, it features sharp text and deep color intensity. However, its stunning display does not give good outdoor results as compared to other high-end smartphones. Apparently, the device looks light as it measures around 4.8×2.4×0.5 inches, but once you hold it, it isn’t really slender. The phone weighs around 4.9 ounces.

The phone has unquestionably sober looks and with its glossy and soft touch trims coating, the user will eventually enjoy a more sophisticated feel of it. It is bordered with chrome, which certainly features a more stylish and decent look just like the neo V. The phone also has small speakers on its right side along with power and volume buttons, and on its left side there is a USB slot for charging and transferring the data.

The phone is supported by Android 4.0 Ice Cream Sandwich, which is something really good for users as they don’t have to wait for an update. There are also seven options for users in terms of selecting neon-based Ice Cream Sandwich themes that can be found in the background when the main screen and menu are open. Sony has introduced some exceptional features in the Xperia Ion that give a more exciting user experience such as the Gallery View, which enables users to directly connect to photos and video section, and music from the same platform. Just like other Android phones, the Ion is also equipped with its share of preinstalled apps which can be uninstalled according to your will if found unnecessary.

The Ion comes with a 1.3 megapixel front facing camera and 12 megapixels on its back side. The front facing camera can be used for video chat and has the ability to record videos in 720p, while  the video quality is almost similar to the iPhone 4S and Galaxy SII. The 12 megapixel rear camera features extremely vibrant and crisp image quality when recording video or taking snaps. The Ion’s camera has many interesting features but one that mesmerizes users is its panoramic mode and mode that detects smile before it takes a snap.

Overall, the Xperia Ion is a good mid-range device which comes with a price tag of $99.99 and a two years contract. Besides, Sony has never used 4G LTE before that. The camera performance is OK, but Sony really needs to work hard to catch fire in the competitive smartphone industry.