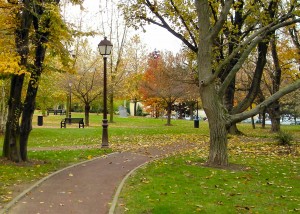 St James’s Park station of London underground started to operate on 24th of December 1868. The station is located close to St. James’s Park which has an area of 58 acres and is an excellent area for recreation and sightseeing. The station is located in fare zone 1 and in order to enter it, you need to enter the Broadway by using steps and then covering a distance of 54 meters. But what’s interesting to note is that St. Jame’s Park tube station has seen two reconstructions; one in the 20th century and the other in late 1920s. And it has also witnessed a change in names y the way it was punctuated;l from St. James’ Park Tube to St. James Park and then its current name, the station has seen more name changes than reconstruction phases. It facilitates partially sighted or blind people and welcomes the assistance of dogs; it also provides staff assistance to people traveling via this station.