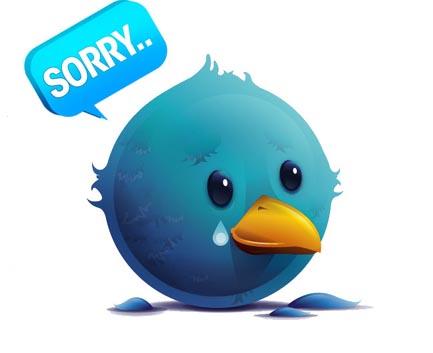 On Thursday afternoon, Twitter appeared to be experiencing an extensive outage which led thousands of users taking their complaints to other sites around the web while waiting for the company to respond. The outage, which started around 12 a.m, appeared to have affected both twitter.com as well as various clients that users use to get their twitter streams.

“Users may be experiencing issues accessing Twitter. Our engineers are currently working to resolve the issue,” said Carolyn Penner, a Twitter representative, commenting on the issue. The company also posted a concise statement on the Twitter Status blog.

Twitter used to deal with outages in the past as well but it successfully worked to correct them with the help of its engineering team.

However, the company updated its status blog at 1:42 stating that “the issue has been resolved and all services are currently operational,” but soon – after half an hour, the management said that the issue is still there.

It was an hour later that Twitter appeared to have come back for most users. At 3 p.m., a statement came from the Twitter PR account stating that the outage was because of “a cascaded bug in one of our infrastructure components.”

The responsibility for this outage was taken by a hacker group, UGNazi, who claimed to several media outlets that the interruption in service was because of DDoS attack.

The problem suffered by Twitter on 21st June is considered to be the longest service disruption the company has ever faced. The company suffered a similar problem last year in October, but that was only an hour long episode.

The social networking site has been under pressure to exhibit a feasible business model and has made an emphasis on improving its reliability in the last few years.

Earlier this week, Jack Dorsey, co-founder and senior executive of Twitter, was awarded the 2012 Media Person of the Year award at Cannes. Previous winners include the tech giant’s major executives like Steve Ballmer and Mark Zuckerberg.