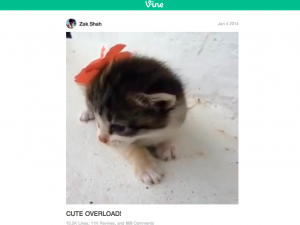 Vine is becoming increasingly more popular, where did such growth come from? Well if you didn’t know Vine is actually owned by Twitter… Which is currently estimated at $8billion so you can imagine with all that money and such a simple concept of Vine with the 6-second videos, the popularity has stormed upwards.

Have you seen profiles on Vine that produce worse videos than you? Me too. Ever wondered how they got much more followers than you? Well let’s just say it certainly isn’t because of the videos they’re producing… They know stuff you don’t its as simple as that and today you will learn the basics on how to build followers via Vine with great ease.

All the methods below are 100% legal and abide by Vine’s terms and conditions, so you have absolutely nothing to worry about – your account will never be banned as Step By Step does not believe in breaking rules, we abide by them and give you that extra bit of knowledge as that is the smart way to do things if you want to build heaps of followers within the long term – short cuts never work out for followers nor for life in general.

Now for the steps, look below: