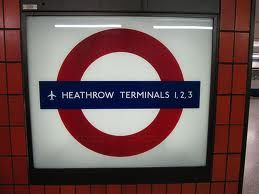 Heathrow Terminals 1, 2, 3 station of London underground became operational on 16th December 1977 with the name of Heathrow Central. In September 1986, it was renamed to Heathrow terminal 1, 2, 3 and has been serving the Piccadilly Line. It has also witnessed renovations to it as recent as in 2010, featuring a control room and refurbishments of the escalators. The station provides many facilities for the travelers which include: facilities for partially sighted and blind people, assistance of dogs, facilities for mobility impaired, toilet facility, and facilities for hard hearing people, besides the facility of pushchairs to parents who have babies. For the convenience of travelers, the station has access points to the ticket hall from 5 different routes including; Bus Station, Terminal 1, Terminal 2, Terminal 3 (Arrivals) and Terminal 3 (Departures). Places to explore near Heathrow Terminals 1, 2, 3 Tube Station. Places to explore near Heathrow Terminal 5 Tube Station.